The 1968 Grand Prix Cereal Toys series by R&L was another assembly kit style which consisted of only 4 different cars.

Colours for these are Red, Orange, Green, Blue, Yellow with the addition of maroon in the New Zealand issues and white in the later Snap-a-Roos amd Kit-o-rama issues. Noting that the Repco Brabham was not re-issued.

The series was released to co-incide with the Grand Prix movie of that year.

There is a wheel variation with hollow or filled-in rear side of the wheels.

My collection of these consists of only three models with one still in its packet although only partly on the frame. 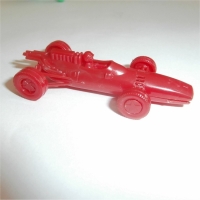 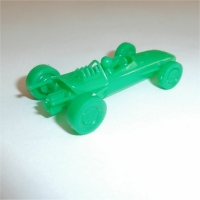 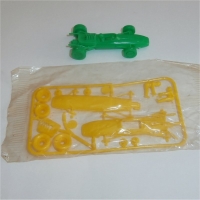