While I do not collect toy guns, I am interested in Australian made die-cast and ‘A Pope Product’ Diecast Toy Gun caught my attention while I was researching a die-cast toy car that I added to my collection recently. 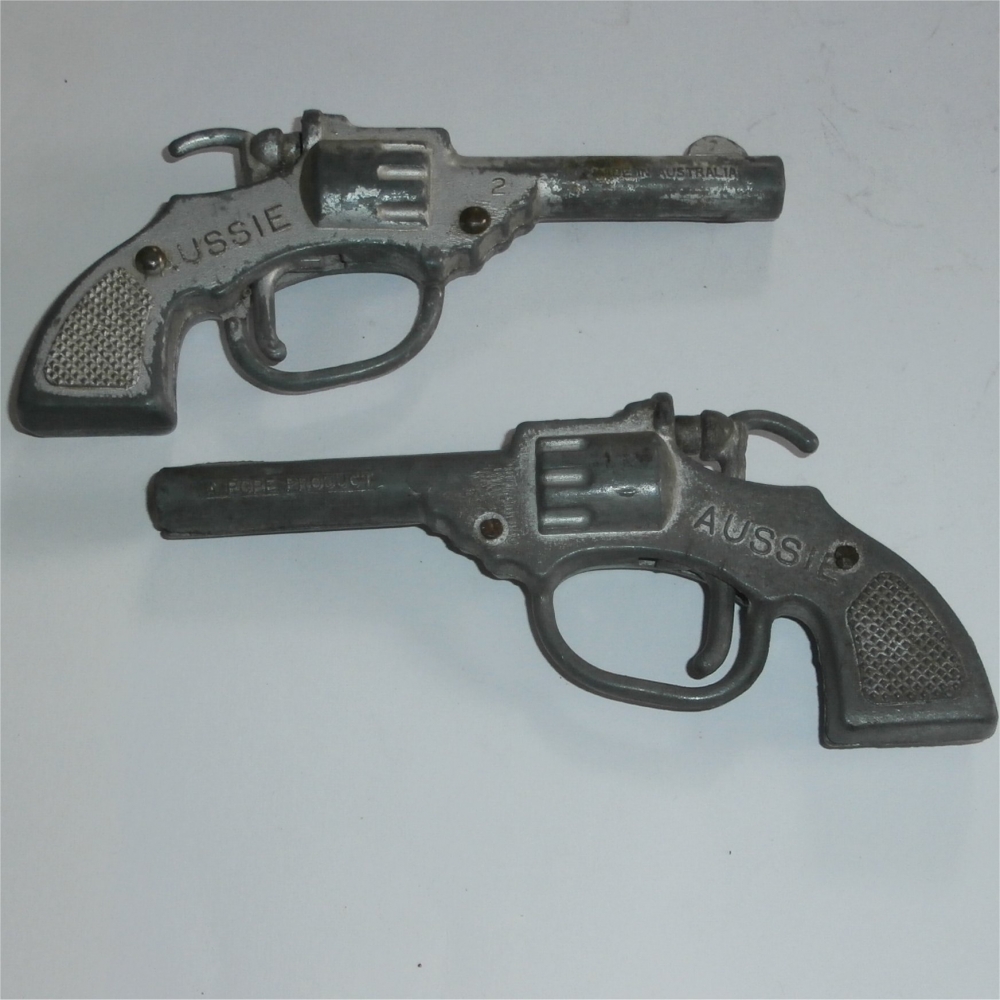 The following images are from my original page about these guns. I am still looking to purchase a Ned Kelly Repeating Cap Pistol or Gun that was another Pope Product.

This small pistol appears to be a cap gun but a single shot load.

This close up of the hand grip shows the trigger mechanism and the AUSSIE imprint in the casting.

I assume the marketing name was something like ‘Aussie’ cap gun.

Thanks to A Little Bit Dusty in Adelaide for the photos of this hand gun.

Searching further and I have found a similar item in a forum entry on gold and metal detecting. The bullet along with it is interesting but I doubt that this was meant to be fired with the cap gun.

This is the same model as the clean one shown above.

And on a similar site, with another round of metal detecting identifying a Pope Ned Kelly repeating cap gun.