There a numerous makers of plastic toys from the 1950’s in Australia and L & I Glenn Pty Ltd from Hawthorn East in Melbourne were noted for a number of toys including an FJ Holden sedan.

L & I Glenn Plastic Toys made a plastic space age pop gun in 1951, a Penny Savings Bank in 1949 and the FJ Holden circa 1956. There were other toys but the only one in my collection at this time is a blue FJ Holden.

The FJ Holden was produced in red with white, blue with white, both with white exterior trims, and cream with red interior and yellow exterior chrome trims.

Mine is missing a wheel if anyone has something similar and of course I am keen to add some other models to my collection. 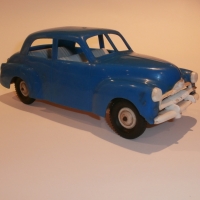 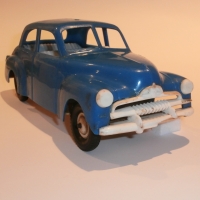 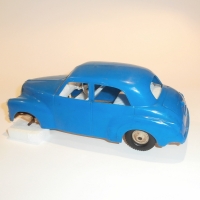 It is missing a front wheel. 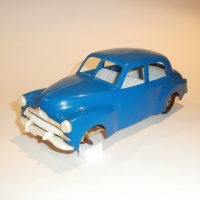 The front grill is also white and is missing a couple of small pieces. 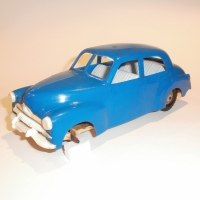 The Glenn FJ Holden model would be around 1:18 in todays modelling world. 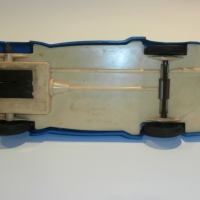 The base is a cream colour and is glued into the upper body. 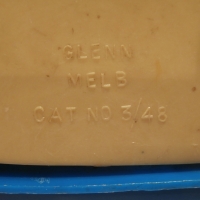 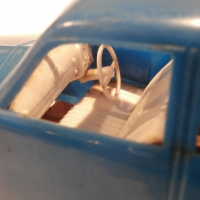 The interior is white and features a dashboard and steering wheel that are both accurate to the original vehicle. 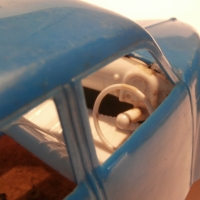 The view from the drivers side of the steering wheel, dashboard and seats. 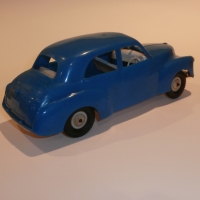 This model is missing the rear bumper bar but is still very original. 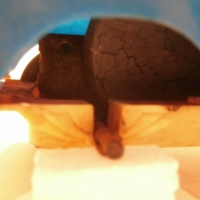 There is a friction drive inside the engine compartment in the front. This one is seized and I am reluctant to try and take it apart for repairs. 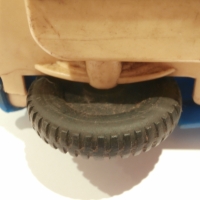 The inside view of a wheel shows that the outside view of the white plastic is an insert or is covered by the black coating on the inside face. The wheel appears to be force / friction fitted to the axle. 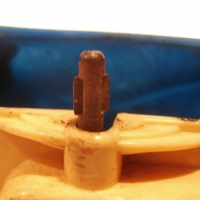 The axle stub shows the crimping that would provide the friction to retain the wheels to the axles.