This is my collection and notes on the 1967 Cereal Toy Rings by Rosenhain and Lippman (R&L). I’ve included cereal toy rings from the 1967 series of Wiggle (Flicker) rings and my one Melbourne Demons 1970 Australian Rules Football ring.

There are four ring styles which for my own reference I have nominated as Types 1 to 4 and they were in one of 4 colours, namely Red, Blue, Green, and Orange. You can see the details of the four types in my Cereal Toy Ring Types page.

Vari-vu lenticular inserts gave the special changing pictures that were inserted in the rings. I’ve numbered a listing of the inserts that are known and detailed in Craigs book. 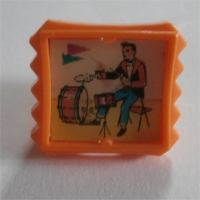 I've tried to capture the different angles or views of the rock drummer in these two pictures. The ring base is style 2.

The Rock Drummer is one of 27 different images that have been sighted in R&L ring bases. Although only 20 were nominated on the cereal boxes. 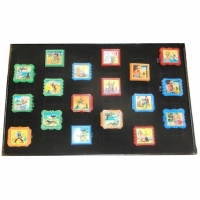 Some Wiggle Rings from 1967 displayed in a jewellery box. 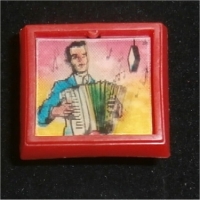 This is my only original ring. Kept in the back of a drawer at Mum's for many years, this was found for me a few years ago. A green type 2 Wiggle ring showing a piano accordian player. 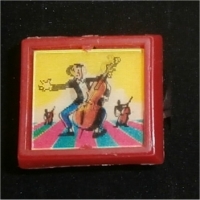 Red type 1 base Wiggle ring with another musician and his cello or viola.

Orange type 4 base Wiggle ring showing a cowboy with a lassoo circle. 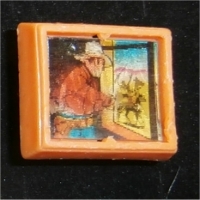 Orange type 1 base Wiggle ring showing a cowboy shooting out a window. 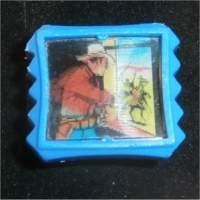 Blue type 2 base Wiggle ring showing a cowboy shooting out a window. 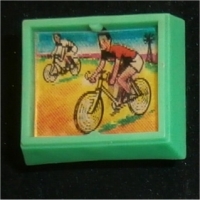 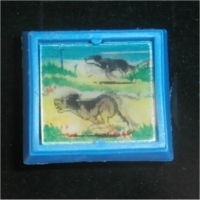 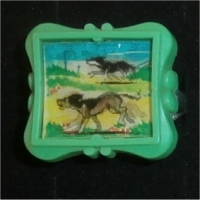 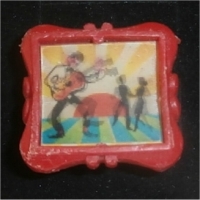 Red type 3 base Wiggle ring with rock Guitarist and sunset. 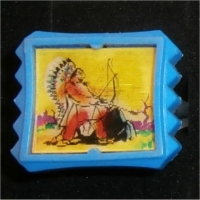 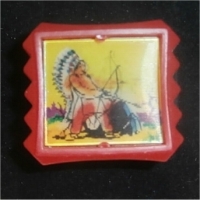 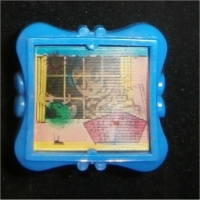