This particular series is one I remember vividly from my childhood. The 1966 Open Road Cereal Toys appealed greatly to a young boy and I do recall having the cut-out packets assembled and playing with the cars, boats and caravans.

Issued in 1966 in a range of 5 colours namely, green, yellow, blue, turquoise, and red. Later in the Snap-a-Roos and Kit-o-rama, orange was added and the tow truck will be found in that colour as well.

I am fortunate to have a number of back panels from corn flakes packet including the Motel cut-out intact. I am planning to make some reproduction prints of this one in order to make a Motel to include in my display without cutting the original.

If you have a back panel for this series that I could borrow or buy please get in touch.

My range of models is quite extensive in this series and I have lots of spares to swap or look for more parts to complete models. In particular the smaller parts like boat screens, water skier, and the picnic chicken! I have not made a wants list for this series as I will buy or swap anything that is on offer. I’d like to get at least one of every colour. 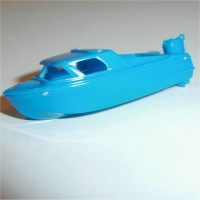 The cabin cruiser and trailer was one of the 9 frames in this series. This one is missing the upper wind screen but has the outboard motor and steering wheel intact. 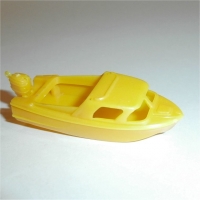 A yellow cabin cruiser with outboard motor but no wind screen or trailer. 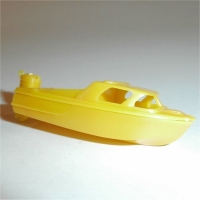 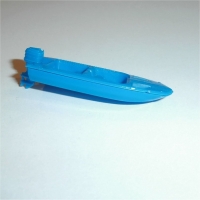 A blue speed boat from this R&L series. Missing the screen but with the outboard motor. 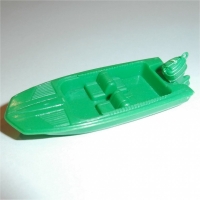 Another speed boat. Green with outboard and missing screen. 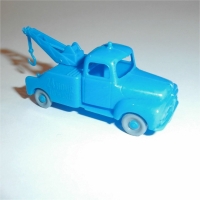 An almost complete tow truck with everything except the car towing extension bar that is missing on most of these. 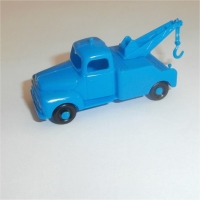 Another complete tow truck, and another item that is actually from a box Mum had put away years ago. Complete with black wheels and tow hook. 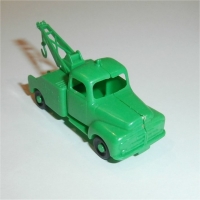 A green tow truck from the Open Road series. Not sure on this one. The green is a little dark compared to other models of the era and I suspect this one may be a re-issue from the Skip-a-Roos or Kit-o-Rama series. 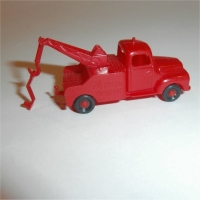 A complete tow truck with the commonly missing towing bar extension that allows the truck to tow one of the car models from the series. 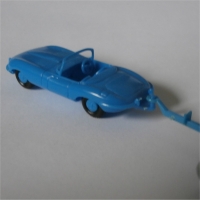 The rear of the Jaguar E-Type model in blue with intact tow hook, dash, screen and steering wheel. 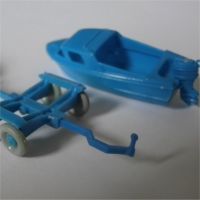 The cabin cruiser in blue alongside the trailer showing the long rear tow hook which could allow for towing a horse float or box trailer as well. 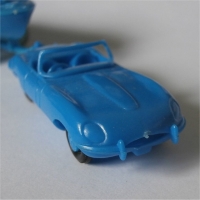 The front of the Jaguar E-Type is instantly recognised and distinctive.

The trailer has a long overall length catering for the cabin cruiser boat and plenty of room to hook up to the towing vehicle and another trailer. 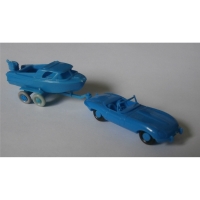 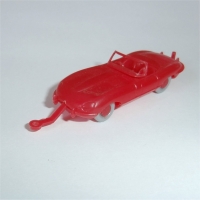 The Jaguar E-Type model complete with the commonly missing front towing bar to allow for hooking up to the Tow Trucks. 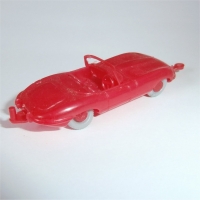 As always Craig Halls’ book, Breakfast barons, Cereal critters and the Rosenhain & Lipmann Legacy, is my reference bible for cereal toys. This series is found on page 138.